← more from
Lost Tribe Sound
Get fresh music recommendations delivered to your inbox every Friday.

The Rise and Fall of the Melting World 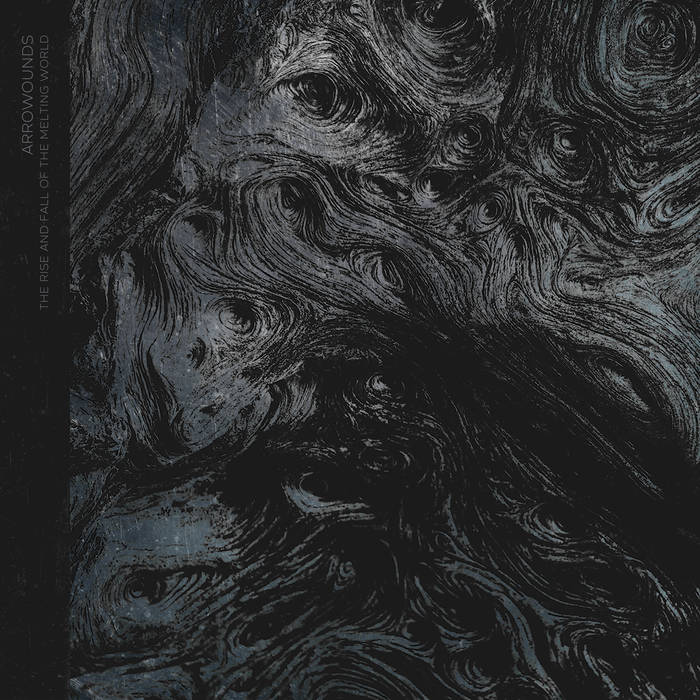 Gyakkun 'rise and fall' is a very immersive experience, waxing and waning in grandiosity and subtlety. absolutely gorgeous in its slow, mysterious shifting Favorite track: Sulking Vessels Beneath the Great Murmuration.

Anthony Childs The titles do an excellent job of describing the atmosphere/texture/mood of the tracks. The better your speakers are, the more you will appreciate this album. Favorite track: Insect Dream Surfacing.

Music Won't Save You

Arrowounds ‘The Rise and Fall of the Melting World’ is the first release in Lost Tribe Sound’s new 2021 album series, Salt and Gravity. LTS is thrilled to have Arrowounds back for his second series in a row, which will include albums from Adrian Copeland aka Alder & Ash, Tony Dupé aka Saddleback, ’t Geruis, Federico Mosconi, Sanr, Alapastel, and mastroKristo. More info on the series here: losttribesound.bandcamp.com/album/salt-and-gravity-series

Ryan Chamberlain (aka Arrowounds) originally envisioned 'The Rise and Fall of the Melting World' as an extension of the previous two albums, 'Oncotype Sketchbook' and 'The Loneliness of the Deep Sea Diver,' although with the intended purpose of exploring the "aftermath and resurfacing" from the events that inspired those creations.

Chamberlain aimed for a more open sounding terrain to represent a clearing of the mind or the ability to breathe again, though there were multiple occasions throughout the making of 'Rise and Fall' where the waves came crashing back down into the depths. Nothing is ever that easy. Continuing health scares of those closest to Chamberlain and the overall climate of anxiety the world maintains always threatened to darken and pollute the soundscapes during their creation.

Field recordings from Chamberlain’s new living environment; far from the city, also played a huge role in shaping this album, maneuvering the senses of uncertainty and isolation throughout. Traveling in the mind, projecting ones being through nature, spilling out amongst the moss and soil into your own film of wreckage… senses perceive as much as deceive.

As it stands, 'The Rise and Fall of the Melting World' is the perfect closing to the trilogy of albums, with its lingering threads and cancerous tentacles breaching the surfaces and branching into unknown landscapes.

"You can almost hear the Antarctic (and other parts of the world) literally falling apart – even though the sounds were recorded in Chamberlain’s living environment far from the city." - AMBIENTBLOG

"By the end, the listener may not feel uplifted, but salvaged and spared: over time, a far better feeling than temporary elation." - (Richard Allen) A CLOSER LISTEN

"The Rise and Fall of the Melting World feels deceptively spacious, as if Chamberlain is able to fill his lungs with air for the first time in too long." - (Liam Doyle) VARIOUS SMALL FLAMES

"Arrowounds feels deeply personal, very much on its own. It’s dark and mysterious. It’s very conscious of tension, texture and decay, and though it might puzzle you initially if you persist, at some point you’ll wake up and realise that you’re deep inside it and you can’t find your way out – and this thought will be reassuring to you." - (Bob Bakerfish) CYCLIC DEFROST

Arrowounds is an experimental electronic project of Ryan S Chamberlain

Bandcamp Daily  your guide to the world of Bandcamp